23 Mar What’s the difference between yurts, tipis and bell tents?

Working in this industry, we frequently get requests to hire “some of your lovely tipis”. Some of these no doubt come from people who are bulk emailing to get quotes and some of the companies do indeed hire out tipis. Totally fine and understandable. Others though come from people not really knowing (and possibly not caring) what the difference is. They just want a nice tent-like structure that guests can sleep in and will look super cool and amazing at their wedding. And that is also totally fine and understandable. However, when you reply telling them all about the bell tent packages we offer and they reply still talking about tipis/yurts I do start to get slightly concerned they think they’re hiring something they’re not. Hence this blog post.

All three were designed to be easy to set up, dismantle and transport so what’s the difference? 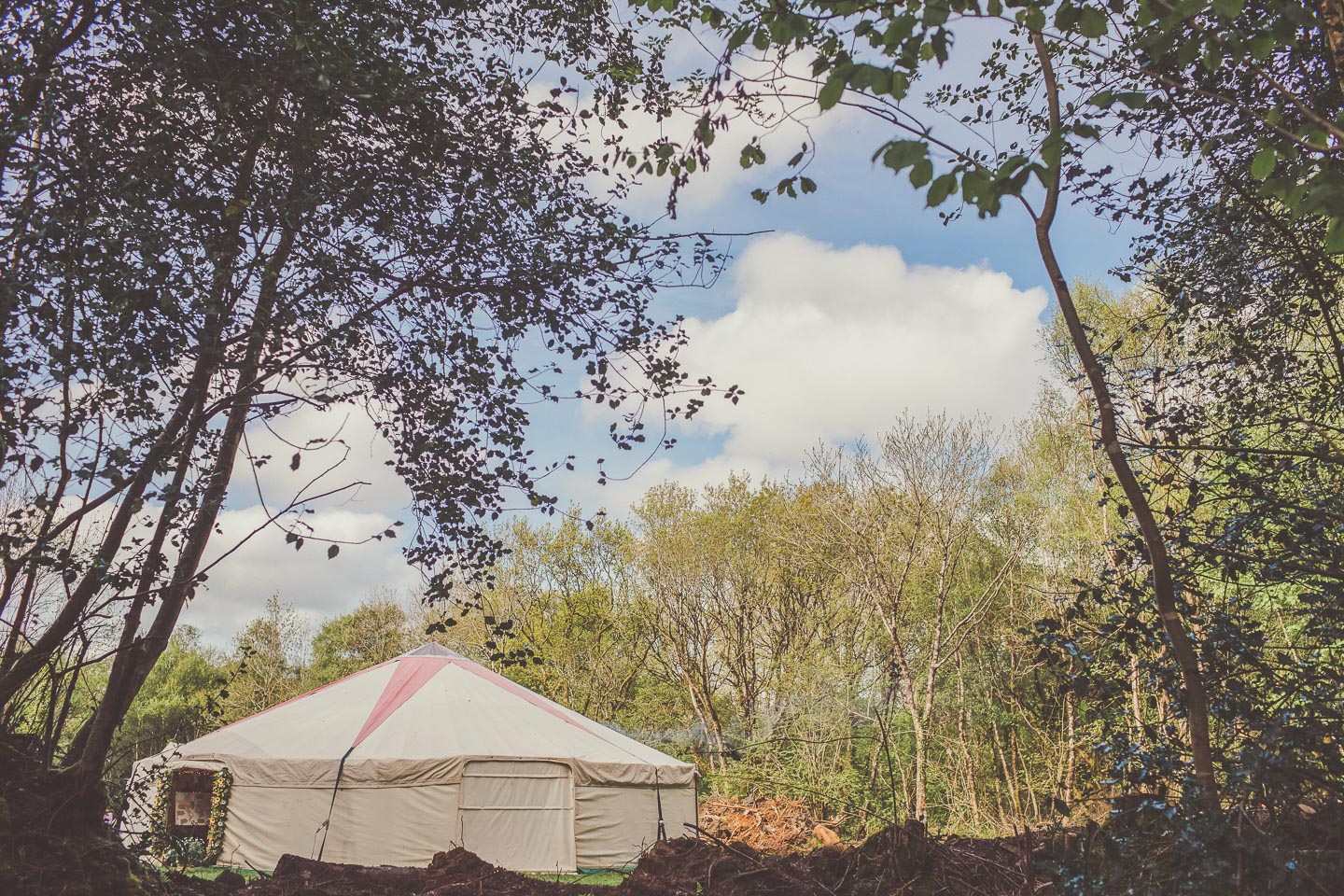 Yurts, or gers as they’re also known, originate from Central Asia and have been around for three thousand years.  Yurts are made up of a wooden lattice-work structure for the walls, which support the roof poles and crown. Originally they would have been covered with animal skins. Yurts were designed to be used by nomads, so setting up and taking down can be done in a matter of hours and the parts can be carried by animals. 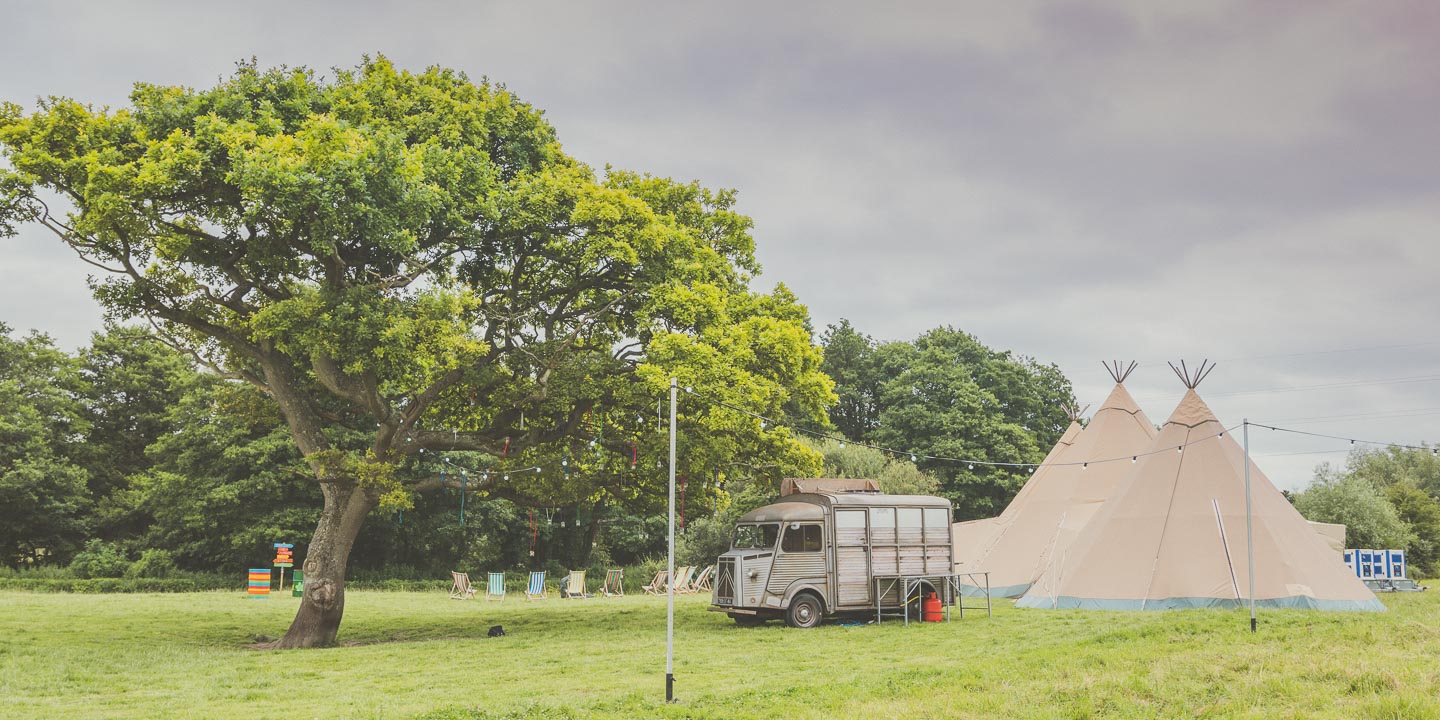 Tipis (teepees) were also originally formed by covering wooden poles with animal skins. The main difference is that they don’t have walls and a roof in the same way a yurt does. Again, they were designed to be able to be easy to transport for their nomadic owners. While yurts started out in Central Asia, tipis were used in Canada and North America. 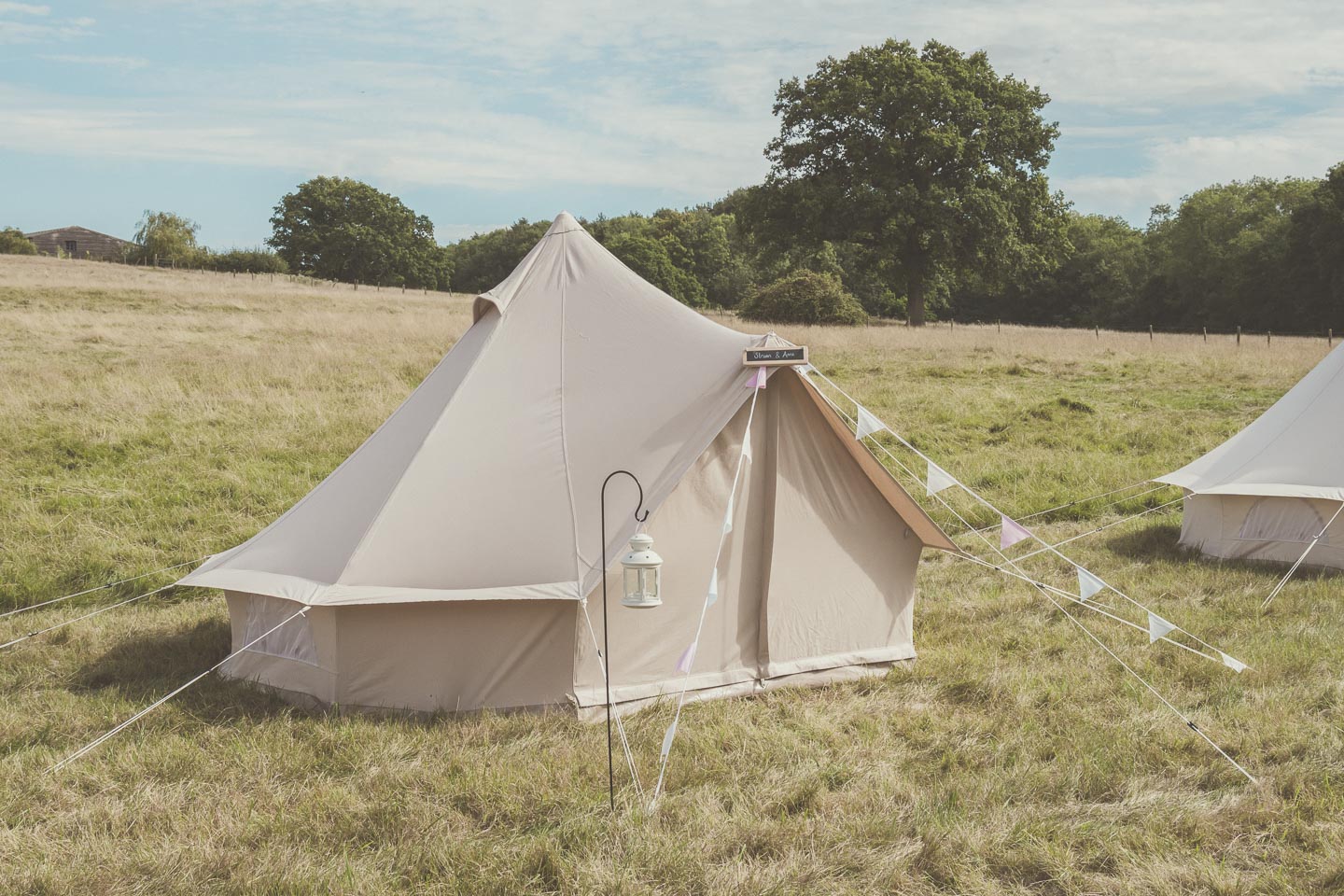 By comparison, bell tents are a far more recent development. Henry Sibley, a military officer, patented the design in 1856 for the ‘Sibley tent’, the predecessor of today’s bell tent. His design was an adaptation of a tipi – rather than using many wooden poles to create the structure, he just had one metal pole in the centre that was then covered in canvas. As a result the structure was quicker to assemble and dismantle. Crucial, as these tents were used in war.

However, when it comes to your event the main thing to bear in mind is size. If you’re looking for a structure to house your reception in then yurts and tipis are best. Both can have several connected together to create as large an area as you could possibly need.

Yurts are also suitable for sleeping in however tend to be slightly larger than bell tents so are great if you want to sleep many people in one structure – or if you want loads of room to yourself.

Tipis can be much smaller, generally for hire they’re at least 5m in diameter. Because of their design, they don’t have as much head room as yurt but they certainly have presence.

And last but not least, bell tents. Our smallest tents have a 3m diameter – so still fit a double airbed but don’t take up as much ground. This can be a real bonus if you’re limited for space at your venue or just want to fit in lots of tents. Fancy a bit more room? Not a problem, opt for one of our new 5m diameter tents. As well as having a small footprint, bell tents also aren’t very fussy about the quality of the ground. The design means the structure is very stable whether it’s on uneven ground or even a slope. Obviously for comfort, level ground is preferable.

Ultimately, it’s down to personal preference but hopefully this clarifies the difference. If you’re interested in hiring our tents you can contact us to find out more. 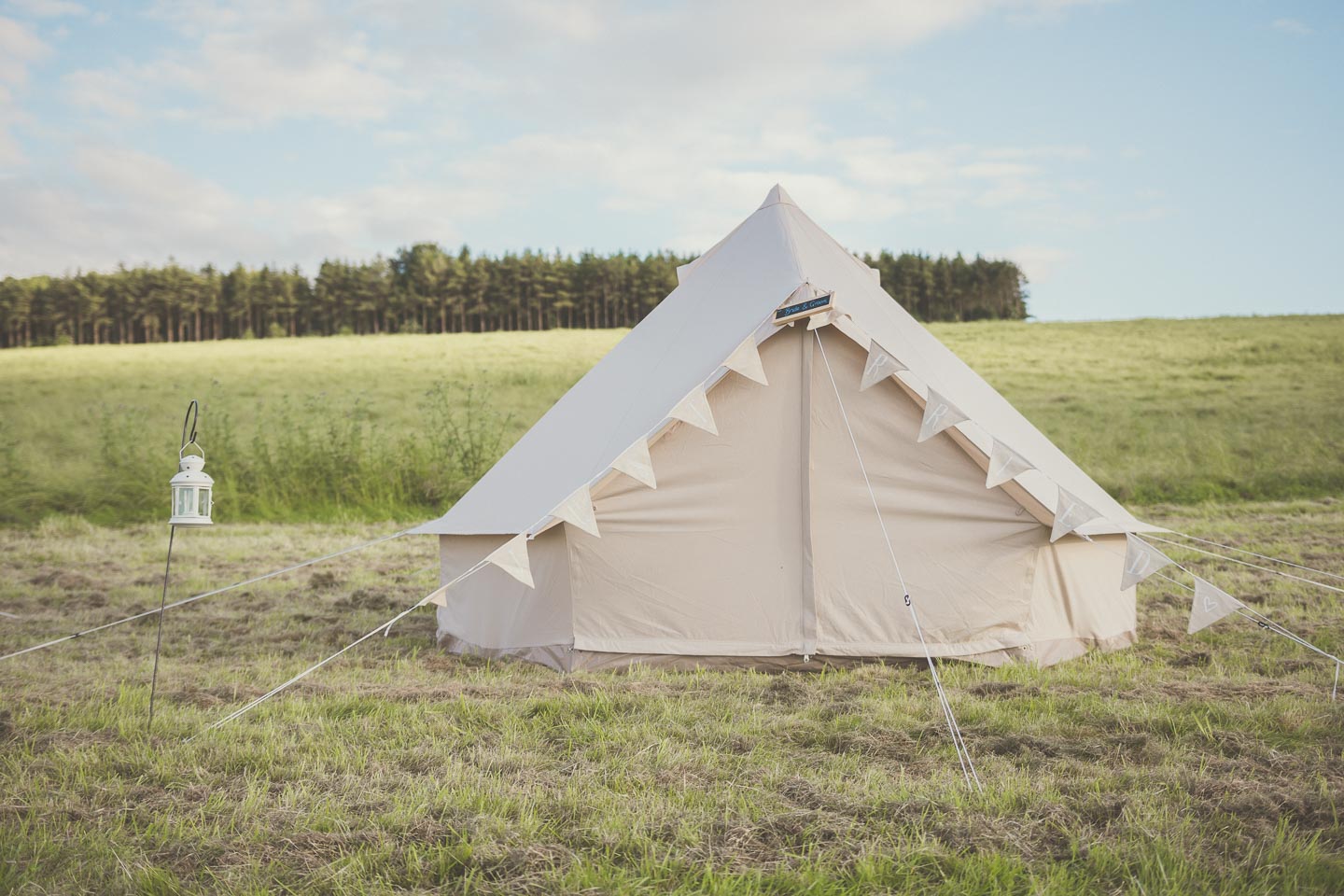 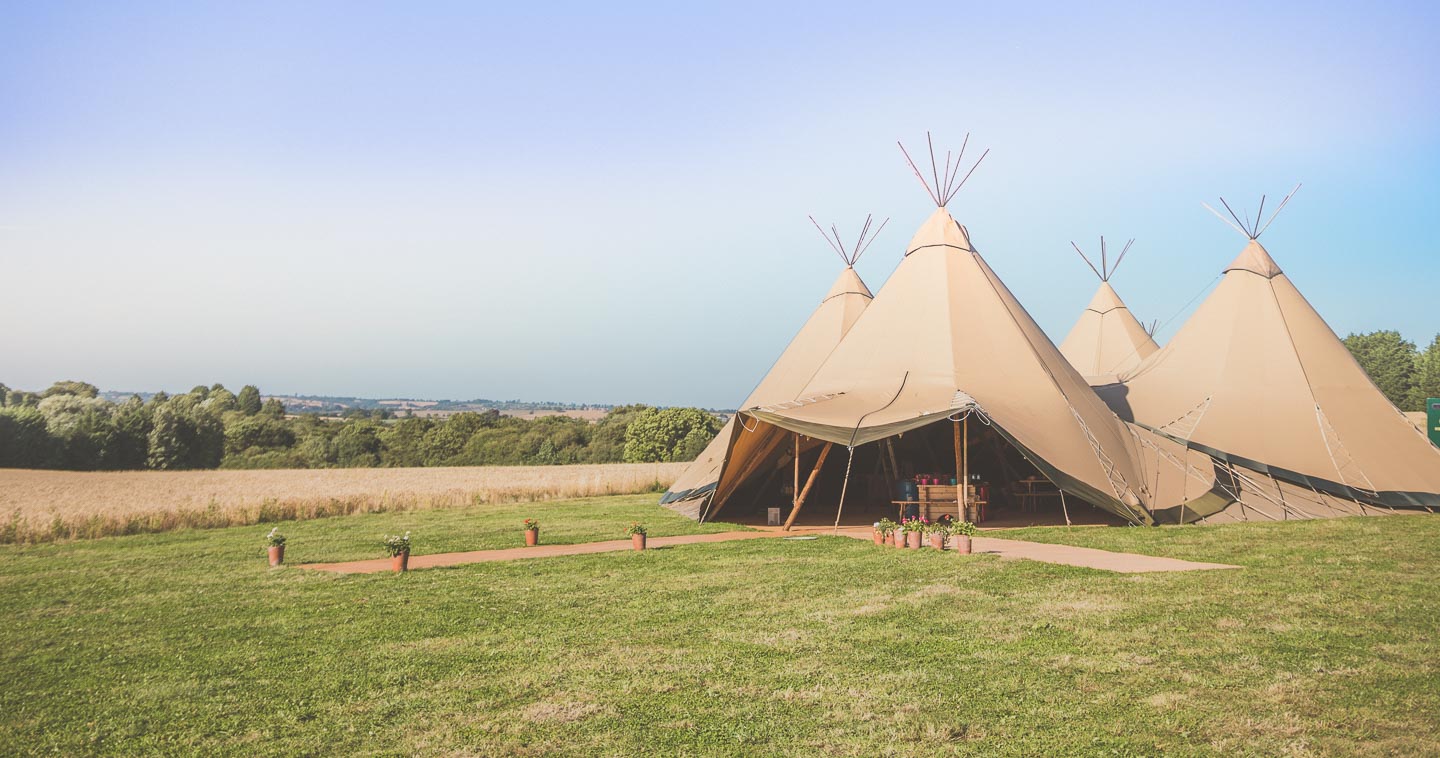